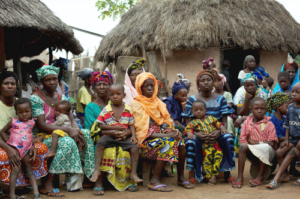 In July and September 2018 USAID’s Neglected Tropical Diseases (NTD) Division announced two new five-year, flagship awards that will lead the Agency’s next generation of NTD programming. These awards represent a combined $500 million investment from the American people to control or eliminate five of the most prevalent NTDs that have proven, cost-effective health interventions.

These awards, formerly known as the Control and Elimination Program for Neglected Tropical Diseases (CEP-NTD), Elements One and Two, have a new name: Act to End NTDs. This name signifies the importance of taking action to disrupt the damage of these debilitating diseases of poverty and ultimately improve lives. As two halves of a whole, the programs are distinguished loosely by their geography using the terms “West” and “East.”

Act to END NTDs | East,  led by RTI, is working in 13 countries located throughout the globe in Southeast Asia, East Africa, and elsewhere. The consortium includes partners The Carter Center, The Fred Hollows Foundation, IMA World Health, Light for the World, Results for Development, Sightsavers, Save the Children, and WI-HER.