“It’s When the Sun Rises and the Wind Blows.” On World Sight Day, Let’s Recommit to Ending Trachoma By Emily Troubali

Home/“It’s When the Sun Rises and the Wind Blows.” On World Sight Day, Let’s Recommit to Ending Trachoma By Emily Troubali

“It’s When the Sun Rises and the Wind Blows.” On World Sight Day, Let’s Recommit to Ending Trachoma By Emily Troubali 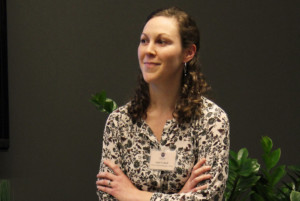 Emily Toubali is Director of the MMDP Project, which helps countries provide high-quality treatment and care for people suffering from the debilitating effects of trachoma and lymphatic filariasis.

Across the globe, there are 200 million people at risk of trachoma, a preventable, blinding infectious disease. More than three million people are in need of immediate surgery to avoid blindness due to trichiasis, a manifestation of trachoma that causes eyelashes to turn inward, scraping the cornea with each blink. We blink 19,000 times a day.

One of the WHO-designated neglected tropical diseases, trachoma threatens the prosperity of families, communities, and nations, and fighting it greatly advances the Sustainable Development Goals addressing poverty, hunger, health, education, gender equality, water and sanitation, economic growth, and inequality. Trachoma primarily affects impoverished communities, and women – the pillars of society – are up to four times more likely than men to have trichiasis.

When I began working on trachoma nine years ago, the fight to seriously seek disease elimination was just getting off the ground. We couldn’t yet say exactly how many cases existed or where the greatest implementation needs were, and most trachoma-endemic countries lacked the resources to reach the huge numbers of people in need of prevention and treatment services.

How different the picture is now!

Thanks to massive advocacy efforts, a coordinated mobilization of resources by multiple major donors has enabled countries to put in place a package of WHO-endorsed interventions to reach elimination known as the SAFE strategy (Surgery, Antibiotics, Facial cleanliness, and Environmental improvement). Global epidemiological mapping of all areas suspected to have trachoma has been completed in what was the largest infectious disease mapping initiative ever. Based on lessons from countries far along in their SAFE Strategy implementation, preferred practices have been identified and shared widely to ensure all countries have the frameworks critical for effective programming.

With measureable daily progress, those of us working in trachoma understand that our collective efforts are making public health history.