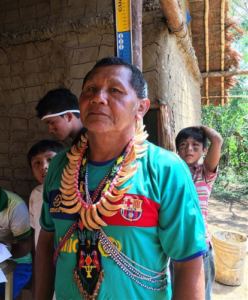 The United States Agency for International Development (USAID) awarded a $11.8 million, five-year, cooperative agreement to The Carter Center to support regional elimination of onchocerciasis, also known as River Blindness, in the Americas.

In the Americas, onchocerciasis was initially endemic in six countries: Brazil, Colombia, Ecuador, Guatemala, Mexico, and Venezuela, distributed in 13 foci with over 500,000 people being at risk for the disease. Today, approximately five percent of the burden remains and elimination is within reach.

USAID has supported the elimination of onchocerciasis in the Americas since 2012. Through this new award, The Carter Center will implement activities to reach complete regional elimination. Now more than ever, onchocerciasis elimination is within reach in the entire Western Hemisphere.