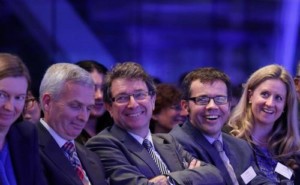 U.S. Agency for International Development recognizes the distinguished career of Dr. Dirk Engels and in particular his enormous contribution and service in the fight against neglected tropical diseases. Dr. Engles retired on September 29, 2017.

Dr. Dirk Engels’ tenure, which began in 2005 as the Coordinator of the World Health Organization’s Preventive Chemotherapy and Transmission Control Unit and ultimately Director of the Department of Control of Neglected Tropical, has shepherd an era of partnership and leadership that served as a pivot point placing NTDs on the global agenda resulting in one of the largest public health programs globally.

USAID appreciates the invaluable guidance and partnership he brought to supporting the agency in our efforts to expand from five countries to a global program impacting over 30 countries around the world and providing over 2 billion treatments.

On behalf of the U.S. Agency for International Development we would like to thank Dr. Dirk Engels for his dedication and leadership that he has brought to the fight against neglected tropical diseases and wish him all the best with his retirement.